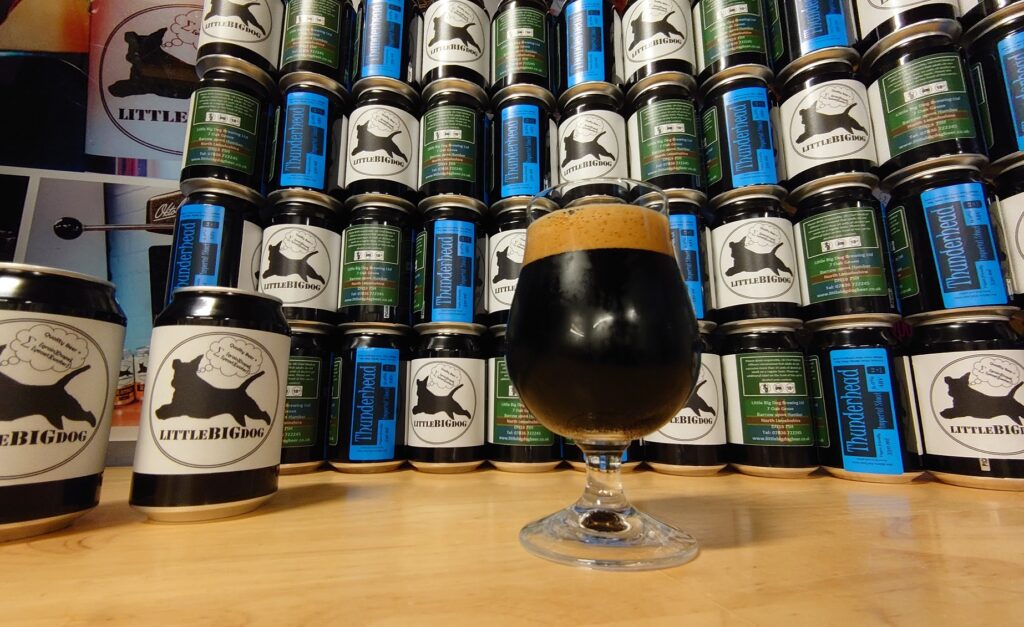 It pours viscously into the glass with a dense brown foam head. The aroma is reminiscent of autumn fruits and fresh whole coffee beans. The mouthfeel is smooth, so smo-o-o-o-o-th. I get tastes of damsons with hints of red wine giving way to chocolate and a dry coffee finish. And alcohol too, not an aggressive punch but a warming embrace.

On brew day I sent a picture of the mash to Mike, he loves dark beers and I like to let him know what is coming up next. He said it looked like a weather chart, all dark and light swirls – and that’s where the name idea came from. A weather theme.

The clouds prepare for battle  in the dark and brooding silence. Bruised and sullen storm clouds have the light of day obscured. Looming low and ominous in twilight premature, Thunder heads are rumbling in a distant overture.

10 malts give flavour depth and complexity to this Imperial Stout. Four dark malts ensure that none dominate – Midnight Wheat, Chocolate Wheat, Carafa I, Black Malt – and they’re added at the end of the mash to limit tannins and astringency in the final beer.

This one is in 330ml can – black cans to remind you of the dark contents.